Full Name
Fred Foucher
Job Title
Founder & CEO
Company
Bitcentral
Speaker Bio
Fred Fourcher founded Bitcentral, Inc. in 2000, building a nationwide news distribution network for CBS Newspath, and another one for NBC News Channel in 2003. In 2005 Bitcentral entered the news production system business and pioneered the first large-scale internet-based news aggregation and sharing platform called Oasis™ which is now used by over 1,200 news organizations worldwide and distributes over 40,000 stories per day. Fred Fourcher is a recognized thought leader in the industry who received an Emmy in 2017 for Bitcentral’s innovative use of the MOS Protocol in our news systems. Bitcentral now has more news production systems in TV stations than any competitors in the U.S., and also one of the dominant providers of master control systems in Latin America.
Mr. Fourcher’ s vision of always on designing and delivering efficient media workflows for customers has resulted in Mr. Fourcher being an innovator in digital streaming and FUEL™.  FUEL, a production, streaming and monetization solution, is transforming the broadcast industry from appointment viewing to delivering a dynamic viewing experience on any platform. FUEL is proving to increase viewer engagement by 600%, and advertising avails by over 1000%.
A 4,000-hour private pilot and general aviation advocate, Mr. Fourcher received the Sharples award in 2007 from the Aircraft Owners and Pilots Association for the most significant contribution to Aviation by an individual. He was instrumental in rallying non-commercial/general aviation pilots’ collective voices to convince Congress not to grant the airlines a monopoly over the nation’s airspace. As founder and board member of the SoCal Pilots Association, he remains very active in aviation related issues. Mr. Fourcher also volunteers with the Boy Scouts, and as a mentor to budding entrepreneurs in Orange County. Mr. Fourcher is married and has two sons who are both Eagle Scouts. 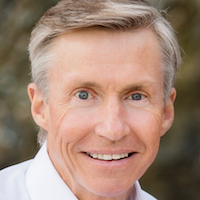